The Music Department’s annual Cabaret night took place on Friday 25 August at Sfera’s in Modbury. The theme this year was ‘All You Need is Love’. Staff, students, friends and family all dressed up in a range of costumes to go with the theme of love, including famous couples, brides, grooms and bridesmaids, cupids or even 60’s style outfits.

The night began with pre-show music in the foyer, and then the night was officially opened by the String Ensemble who played a rendition of the famous wedding music, ‘Pachabel’s Canon’ as the Vocal Ensemble walked down the aisle. This merged into the title song, ‘All You Need Is Love’, played by the Show Band.

Hosted by Music Leaders Angela Vanderklugt and Gianna Palumbo, all the pieces performed throughout the night featured love. The Show Band performed ‘Can You Feel The Love Tonight’ and ‘Love is In the Air’ amongst other things, the Year 10 Band did a great version of ‘Sunshine of Your Love’ featuring vocalist Liana Galic, and the Vocal Ensemble sang ‘All You Get From Love Is A Love Song’ which featured solos by Leticia Palumbo and Grace Atta. The Big Band performed a set of jazz standards such as ‘My Funny Valentine’ featuring the talented Jessica Priebbenow as a vocal soloist, and ‘Orange Coloured Sky’ featuring Gianna Palumbo on vocals. The Year 12 Rock Band finished the night with an upbeat dance set, which included the crowd favourite ‘Shut Up and Dance’.

The flash mob was also another highlight of the night, as it featured a group of students who rehearsed every Friday lunchtime to perfect their moves to Beyoncé’s song ‘Crazy in Love’. 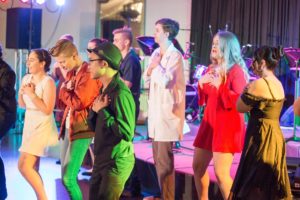 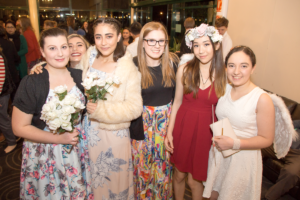 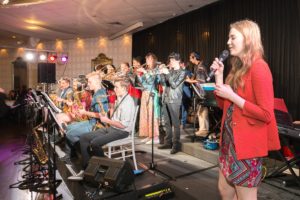 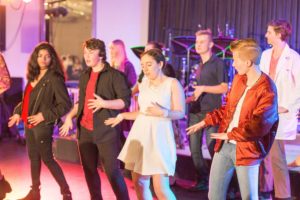