On Tuesday 8 August Endeavour again welcomed a delegation from Mobara, Japan. This is the third time the College has been involved in this annual program, which is a key part of the sister city relationship between the Cities of Salisbury and Mobara, Chiba, which is east of Tokyo. As part of this relationship, Endeavour students going to Japan on the Study Tour later this term will visit Mobara for a day.

After welcoming our visitors, our Year 9 Japanese students began to use their language skills as they participated in a variety of language games and activities, and shared morning tea with the visitors. Then it was into coaching sessions for Aussie rules football and netball, followed by an Aussie barbecue lunch.

In the afternoon some Year 7 and 8 students of Japanese took the Mobara students to their lessons. At the end of the day, our visitors did a presentation for the Year7s, sharing about Mobara and aspects of Japanese culture like calligraphy, karate, kimono and how to use a soroban (abacus).

The day ended with lots of smiles, many photographs being taken, and many of our students understanding how important being able to communicate in another language really is. 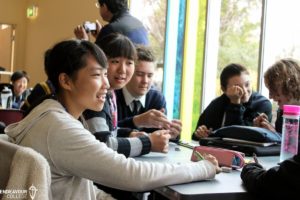 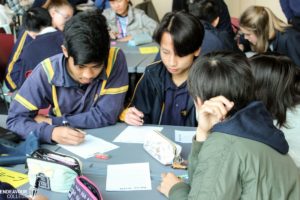 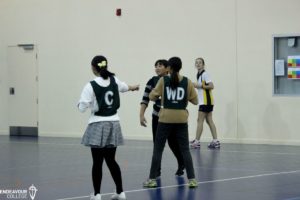