These conventions have been held annually since 1995 and provide worthwhile opportunities for Year 11 students to hear about and discuss significant constitutional and governance issues. In the past, these programs have attracted a large amount of interest from many South Australian high schools. 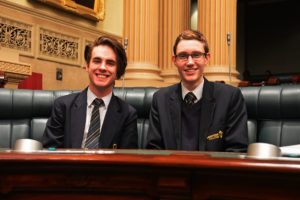 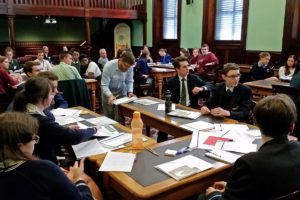 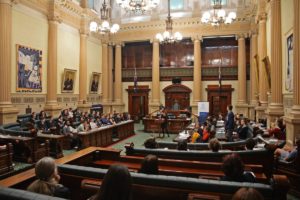 This year’s convention focused on the topic Should Australia become a Republic? In the morning, participants heard the perspectives of prominent South Australian constitutional and legal experts on this issue. They also had the chance to participate in smaller group discussion forums before concluding the day with some robust debate on the topic in the State House of Assembly chamber.

Brendan and Eric are to be commended for their active involvement and contributions on the day. I would certainly encourage students who are interested in Australian legal, political and governmental affairs to consider getting involved in this worthwhile event in the future.