Did you know that there are 50 million trees in Canberra?

This was just one of many new things that we learnt about our nation’s capital during the Year 12 History Study Tour from 11-14 July. While it was very cold, this did little to dent our enthusiasm for what was a brilliant experience. Together as young historians, we discovered much about our nation’s past. During the trip, we visited the Australian War Memorial; the National Archives; Old and New Parliament House and the National Museum.

We all agreed that the most special part of the study tour was the time spent at the War Memorial.

The artefacts on display from the First World War were breathtaking. The Tomb of the Unknown Soldier was so beautiful, with its intricate mosaic design and stunning stained glass windows. The wreath laying ceremony, which we were privileged to be a part of, was a poignant reminder that thousands of Australian men and women have paid the ultimate price by laying down their lives in the service of our nation.

At Old Parliament House we relived a dramatic turning point in Australia’s political history: the dismissal of the Whitlam Government. We reflected on important questions about our political system. Later, when we visited Parliament House, we role-played as senators debating a bill about how to rectify the gender pay gap. 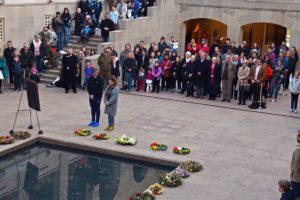 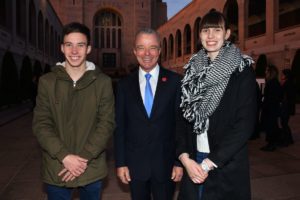 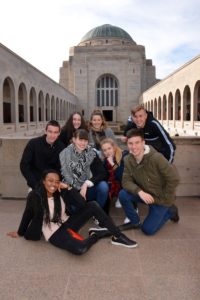 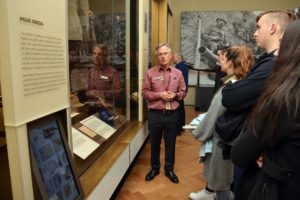 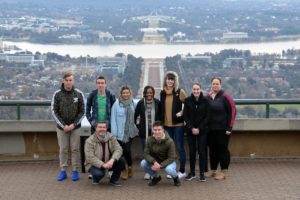 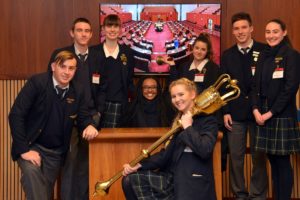 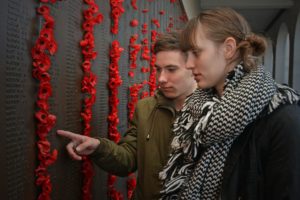 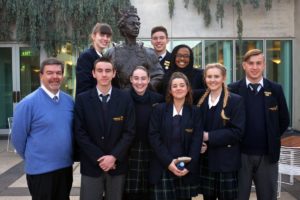 The History Study Tour was excellent. Over the three days, we had a lot of enjoyable activities to engage in. We gained a greater understanding of our nation’s heritage and political system and through our shared experiences forged closer bonds with each other as young historians. We would like to acknowledge the generous financial support of the Federal Government through the Parliament and Civics Education Rebate (PACER) scheme. This program recognises the importance for students to be able to visit Australia’s capital in order to experience our country’s rich cultural and democratic history.